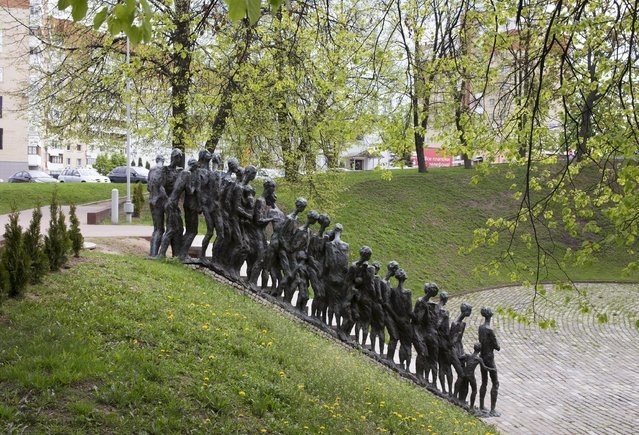 The Pit (Belarusian: Яма) is a monument devoted to the victims of the Holocaust. It is on the site where, on March 2, 1942, the Nazi forces shot about 5,000 prisoners of the nearby Minsk Ghetto. The small polished black granite obelisk was created in 1947 and in 2000 a bronze sculpture entitled “The Last Way” was added. It represents a group of doomed martyrs, walking down the steps of the pit. On the obelisk is written in Russian and Yiddish “The bright memory of five times the light of thousands of Jews who perished at the hands of sworn enemies of humanity—German-fascist monsters.”