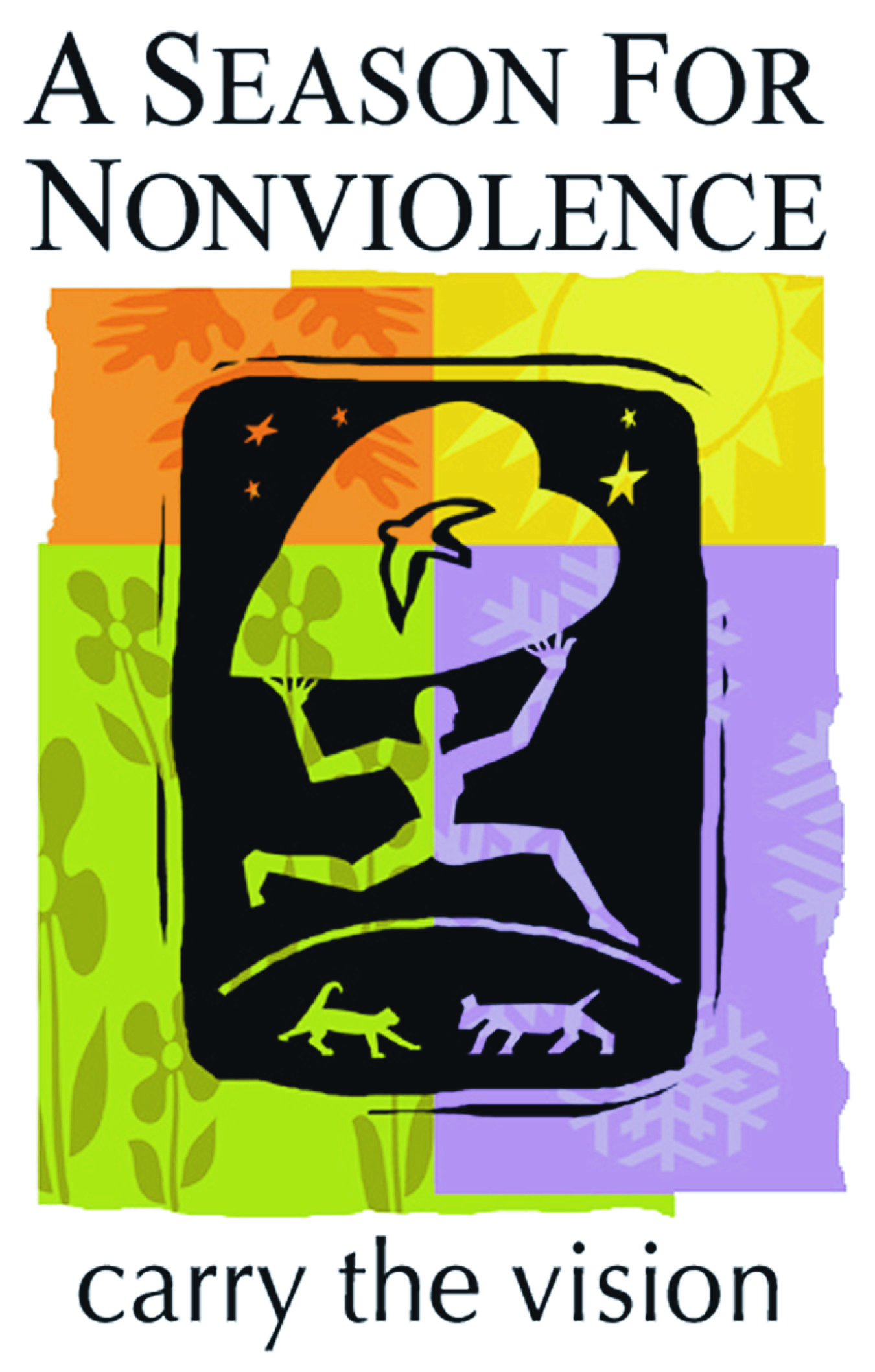 DOWNLOAD a 60-page PDF file of the peaceCENTER’s archives for this period. (large file)

In 1993, the year before the Gang Peace Summit,  homicides in the city had peaked at 220. In 1997 there were 95, a rate of 8.29 per 1,000;  Police Chief Al Philippus noted that San Antonio had the lowest violent crime rate of any US city with a population of over half a million. The reasons for the drop were complex — changing demographics, changing policing methods — but perhaps, also, the effects of the Gang Peace Summit and nonviolence education.

The peaceCENTER joined with the international  Season for Nonviolence, then in its first year. Among the events were a spirituality and leadership conference; a prayer vigil & walk; several Alternatives to Violence workshops, facilitated in both English & Spanish by Val Liveoak; the San Antonio Crop Walk and an entire university-level teach-in week.

Until this point the fledgling peaceCENTER had focused on domestic issues: mostly lowering the violent crime rate. In 1998, however, tensions started building once again with Iraq and the peaceCENTER expanded its portfolio to start addressing issues of war. There was a prayer vigil and procession for peace in Iraq in February and a peace vigil in April calling for the shutdown of the School of the Americas.

The execution of Karla Faye Tucker In February, 1998 brought the death penalty — particularly executions in Texas — into the international conversation. In June the peaceCENTER hosted The Journey of Hope — from Violence to Healing, an organization that is led by murder victim family members that conducts public education speaking tours and addresses alternatives to the death penalty. Journey speakers, including Sister Helen Prejean, visited schools and faith groups, participated in two prayer vigils in Milam Park, processed from the Alamo to San Fernando Cathedral for a public event and filled Temple Beth-El for a lunch with Sr. Helen. The relationship with Journey of Hope has been a deep one which has continued throughout the years.