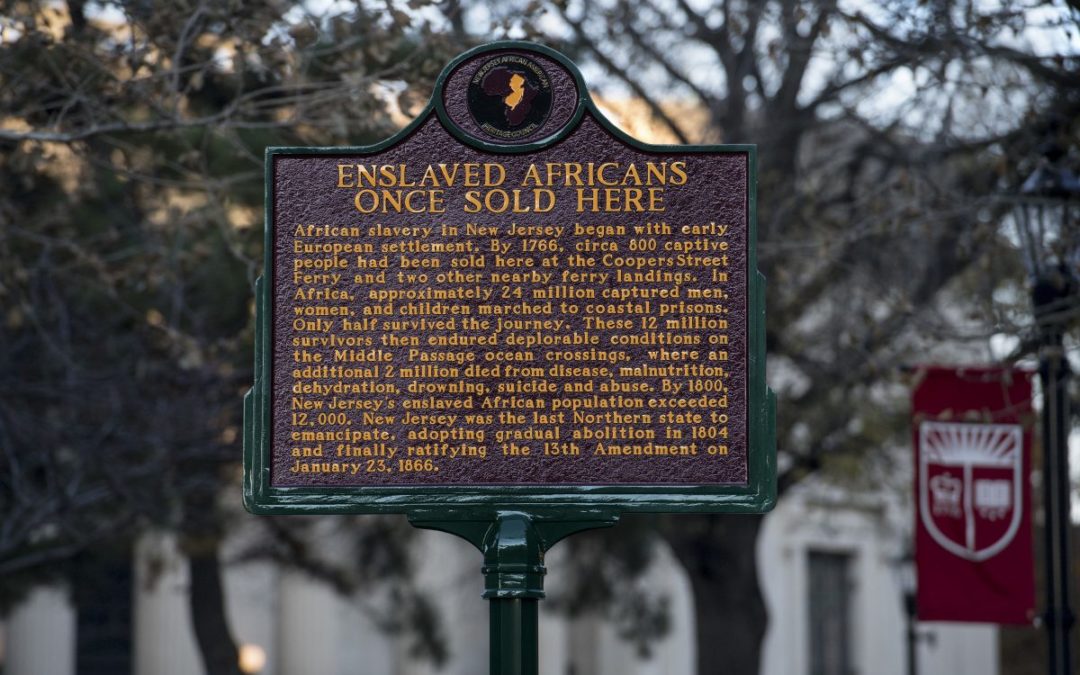 Dedicated in November 2017, the Slave Trade Marker, located in a small park where the waters of the Delaware River once flowed, is a cast-iron sign proclaiming in large gold letters the weight of America’s original sin: “Enslaved Africans Once Sold Here.” More than 800 slaves arrived in crowded ships along the Camden waterfront; New Jersey at one point had as many as 12,000 slaves. It was the last state to emancipate its slaves before the Civil War. The ceremony was organized by the Middle Passage Ceremonies and Port Markers project, which has been working for seven years to place markers at locations where Africans arrived in the United States and were sold into bondage. So far, 50 locations have been identified from Maine to Texas.