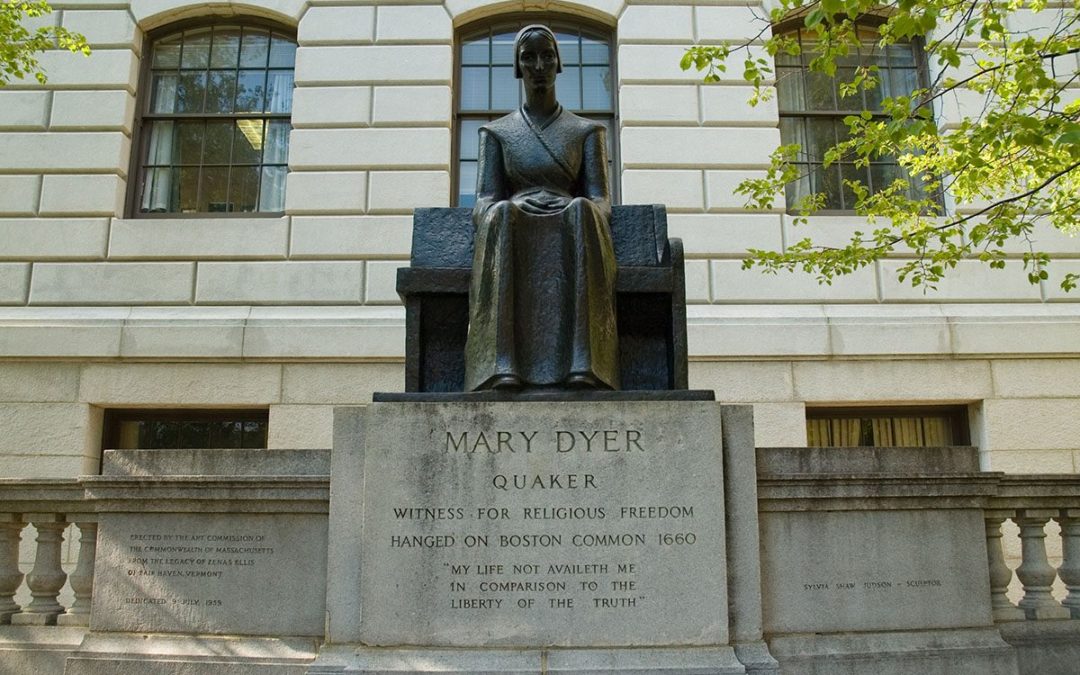 A Quaker at a time when Quakers were banned from Massachusetts, Dyer eventually hanged for her insistence on religious liberty in the English colony. The statue by Sylvia Shaw Judson went up in 1959 at a descendant’s bequest. It’s diagonally across from the Boston Common where Dyer met her end in 1660. The inscriptions read: Inscriptions: Mary Dyer / Quaker / Witness For Religious Freedom / Hanged On Boston Common-1660 “My life not availeth me in comparison to the liberty of the truth” Judson portrays Mary Dyer in a quiet moment, sitting on a bench during a Meeting for Worship, her hands in her lap and her head lowered. “Courage, compassion, and peace” are the qualities Judson intended to convey. Judson noted that the figure should seem to be “solitary and exposed, as though the only safety was within.” A copy of the statue was installed at the Friends Center in Philadelphia in 1975.