The Irish Famine Memorial along the Riverway, was dedicated on November 17, 2007. A bronze statue of three Irish figures anchors one end of the site, with a walkway incorporating memorial bricks and flagstones leading to the memorial wall. There, a narrative plaque tells the story of the Great Famine and subsequent Irish emigration to the United States in bas relief. Memorial bricks and flagstones border an outline map depicting the two countries, Ireland and America. Twelve memorial benches along the walkway offer points at which to reflect on the stories and memories described in the relief wall and expressed within the numerous inscriptions. 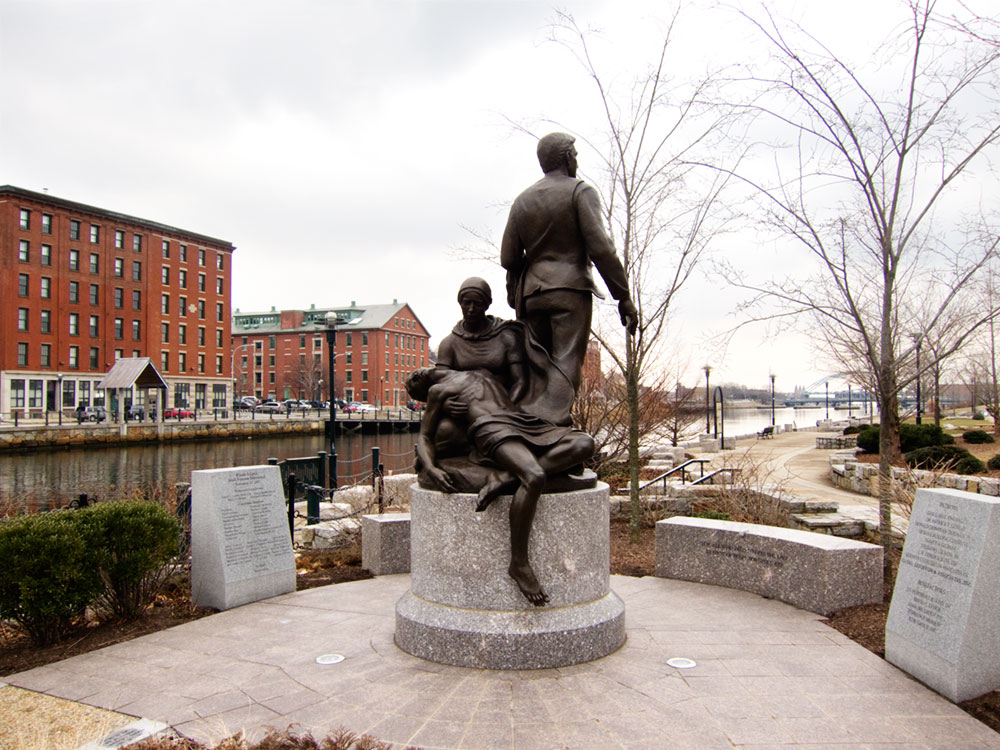