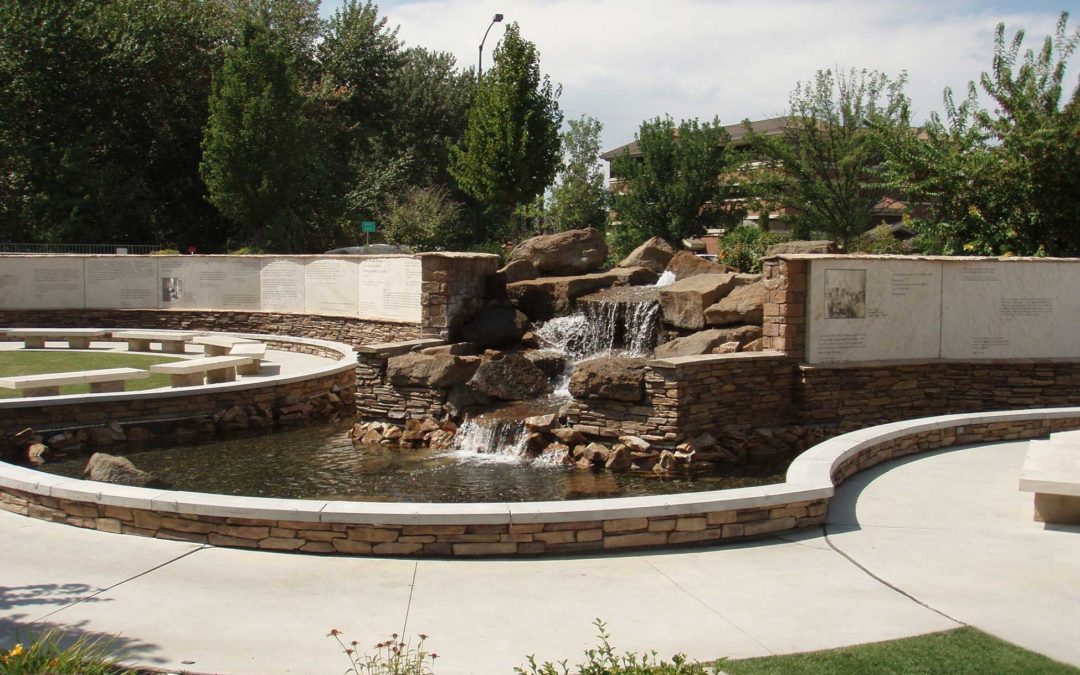 The Idaho Anne Frank Human Rights Memorial is a .81-acre educational park inspired by Anne Frank’s faith in humanity. Built by the Idaho Human Rights Education Center, the privately funded memorial opened on Aug. 16, 2002, as a gift to the city of Boise. The 180-foot Quote Wall includes the words of presidents and slaves, children and philosophers, poets and paupers, the famous and the unknown are inscribed side by side. The complete text of the Universal Declaration of Human Rights is presented on slabs mounted on plinths. From the amphitheatre there is a view of the life-size bronze statue of Anne Frank, posed as if she were pulling back an imaginary curtain and gazing out a window from the family’s attic hiding place. The markings behind the statue depict rooms in the cramped hiding place. The wall closest to the Boise River is reminiscent of Amsterdam where Anne Frank Lived. “The Butterfly” was written by Pavel Friedmann while he was imprisoned n the Terezin Concentration Camp near Prague. A bronze representation of Anne’s diary is located on a table dedicated to Bethine and (Senator) Frank Church. 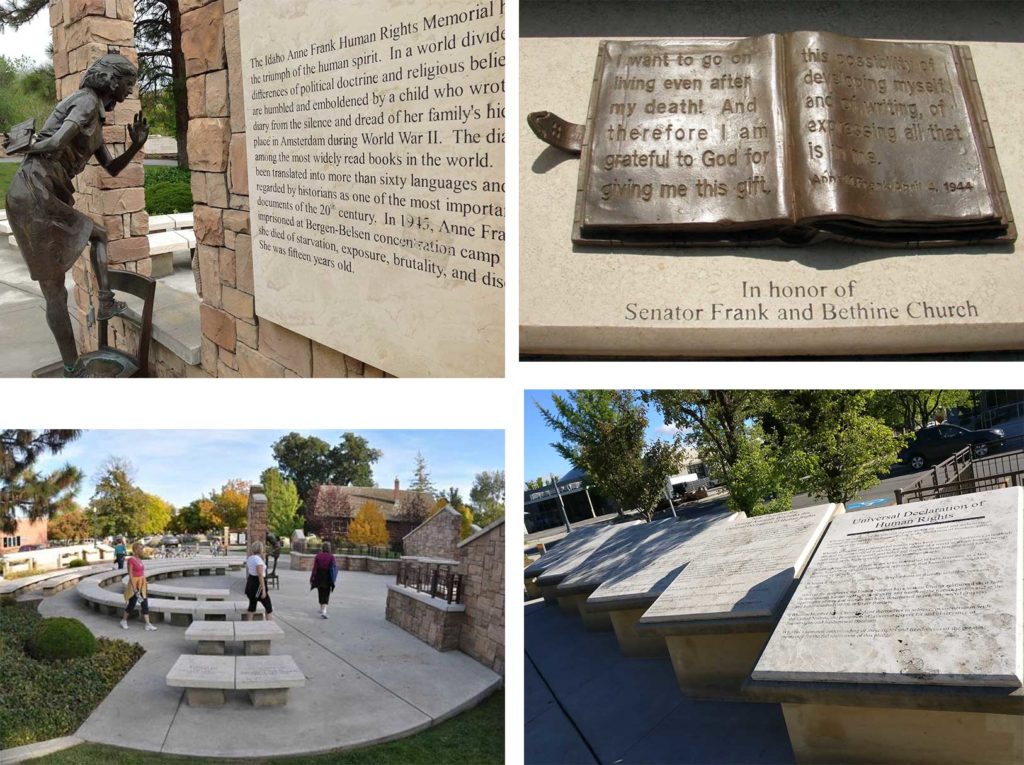