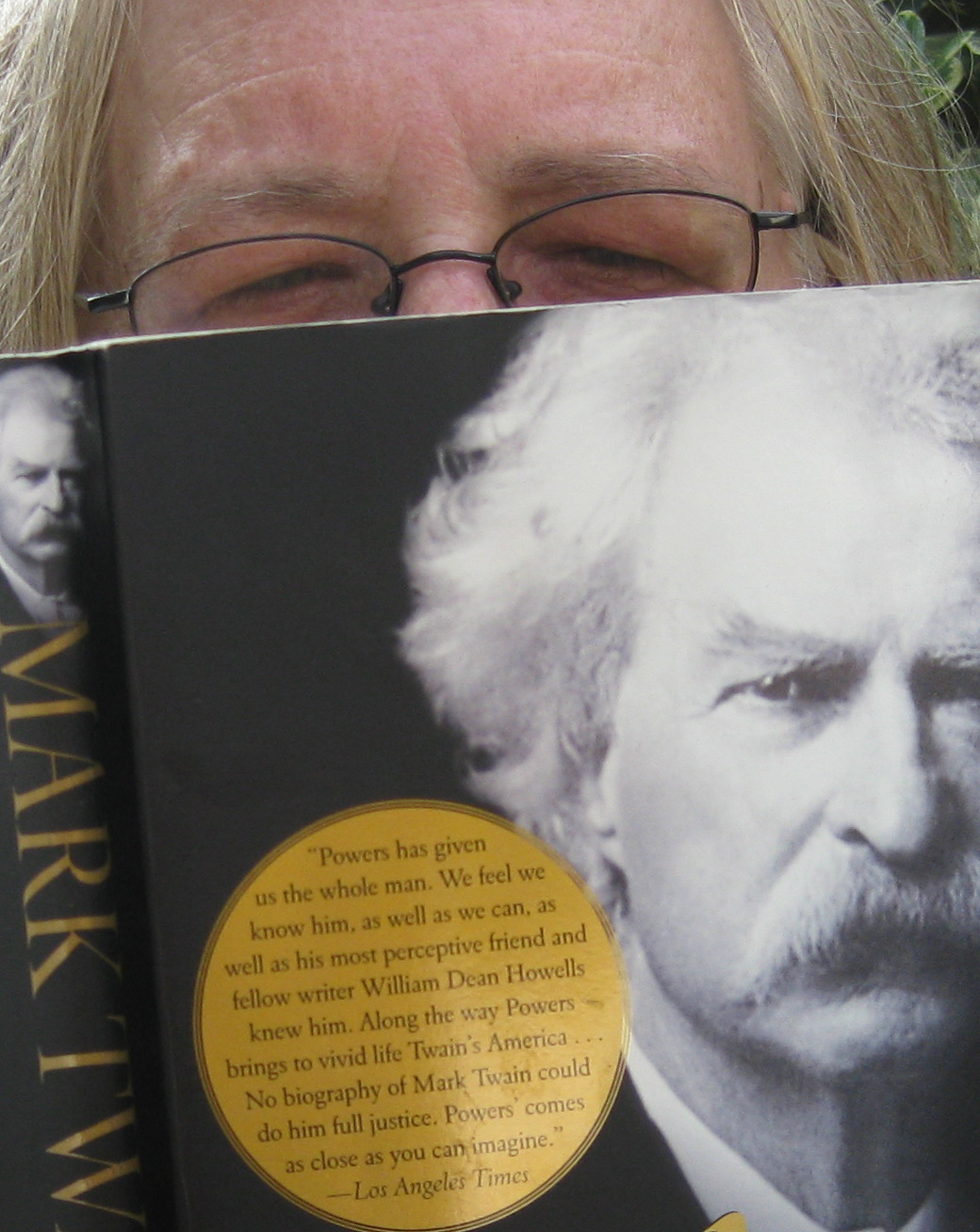 In 1995 Susan Ives was invited to help the peaceCENTER launch their first Web site. She never left. She manages the peaceCENTER’s Web sites (three of them now!) and designs most of our communication — from postcards to posters. Susan is also the editor-in-chief of peaceCENTER books and has published seven of her own, including Squint, a compilation of her Express-News columns, The Facilitator’s Manual for the Class of Nonviolence and  Visualize Whirled Peas, a vegan cookbook originally designed to help the local Food Not Bombs chefs figure out what to with foraged produce.

Susan is an engaging and  sought-after speaker for universities, community groups and rallies, especially adept in connecting peace and justice history to contemporary events. Some of her presentations are described below. In 2005 she was the San Antonio Bar Foundation’s Peacemaker of the Year.

Susan is a native of Bucks County, PA. She has a degree in Political Science from Drew University in Madison, NJ and has been a canoeing instructor at Girl Scout Camp, a unionized sandwich and salad maker, a nursing aide in an English spa town, an advertising copywriter, an Army public affairs officer (and Gulf War veteran) and a columnist for the Express-News.

Peace, War and Justice According to Mark Twain
Although Mark Twain died more than 100 years ago, his writings about peace and justice are refreshingly contemporary, often humorous, and provide a starting point for a lively discussion about current affairs. The presentation can fit into a half hour; 45 minutes will create more time for discussion and and hour allows time to show a 10-minute video clip of Twain’s “War Prayer.”
Presenter: Susan Ives

The People, Yes!
Carl Sandburg (1878-1967) was known as “the people’s poet.” His powerful, accessible poems about economic inequality and the ravages of war are needed now more than ever. In this presentation, Susan will tell you a bit about Sandburg and introduce to to some of his powerful poems. 45 minutes will leave time for discussion.
Presenter: Susan Ives

Taking Down Monuments
What happens when a monument no longer reflects the values of a society? Or (more likely) when a monument is still cherished by some, but reviled by others? What do we, as a community, do then?  In a two hour long workshop, we will spend the first hour exploring how other countries and cities have dealt with their obsolete and controversial monuments (the theory)  and the second hour discussing how San Antonio is addressing the Confederate monuments, symbols and names that remain as part of the civic landscape (the action.) If you have less time, this can be condensed. You can download the flier here.
Presenter: Susan Ives

Land Where Our Fathers Died
How can we best visit a place where violence, injustice or suffering has occurred? Using the Alamo as an example, we will explore the geography of violence and seek ways to interpret the landscape without glorifying the bloodshed. We use films about the Alamo – starting with the 1915 “Martyrs of the Alamo” – to gather insight into ways that places and events are interpreted over time. This can be a full-day workshop that includes an in-depth discussion of the concept of redemptive violence and visits to the Alamo and Mission San Jose, or can be condensed into an hour-long presentation. Suitable for high school and above.
Presenter: Susan Ives

Media Violence
Is there a relationship between media consumption and violence in our homes, schools, communities and nations? Susan Ives will explore with you all sorts of media — from films to the nightly news to first-person shooter games and pass on helpful tips on how to lessen the impact of that fateful link. This workshop can be condensed to a half hour for parent groups or can be presented as an all-day workshop.
Presenter: Susan Ives

Class of Nonviolence
For almost 20 years the peaceCENTER has been facilitating discussion groups using “The Class of Nonviolence,” developed by Colman McCarthy of the Center for Teaching Peace in Washington, DC. It’s available for free online so that you can read and discuss it yourself, but Susan and others from the peaceCENTER are be available  for advice and inspiration and (if the stars are aligned) to kick-off your 8 sessions by leading the first class.
Presenter: Susan Ives (and others . . .)

Twelve Steps to a Compassionate Life
Since 2012 (or thereabouts) the peaceCENTER has been the catalyst for having San Antonio recognized as a world-class Compassionate City, which was achieved on June 22, 2017, when the City Council unanimously voted to make it so. To educate ourselves, we read, as a group, Karen Armstrong’s seminal book, Twelve Steps to a Compassionate Life, and then offered to the community several 12-week-long workshops on the book. Our experiences have been collected in a facilitator’s manual, which you can download here. Although we do not have the resources to offer the entire 12-week book study to individual groups, members of the peaceCENTER core team are available for consultation, and, if schedules permit, to attend or facilitate perhaps one session to get you started.
Presenter: Susan Ives (and others . . .)