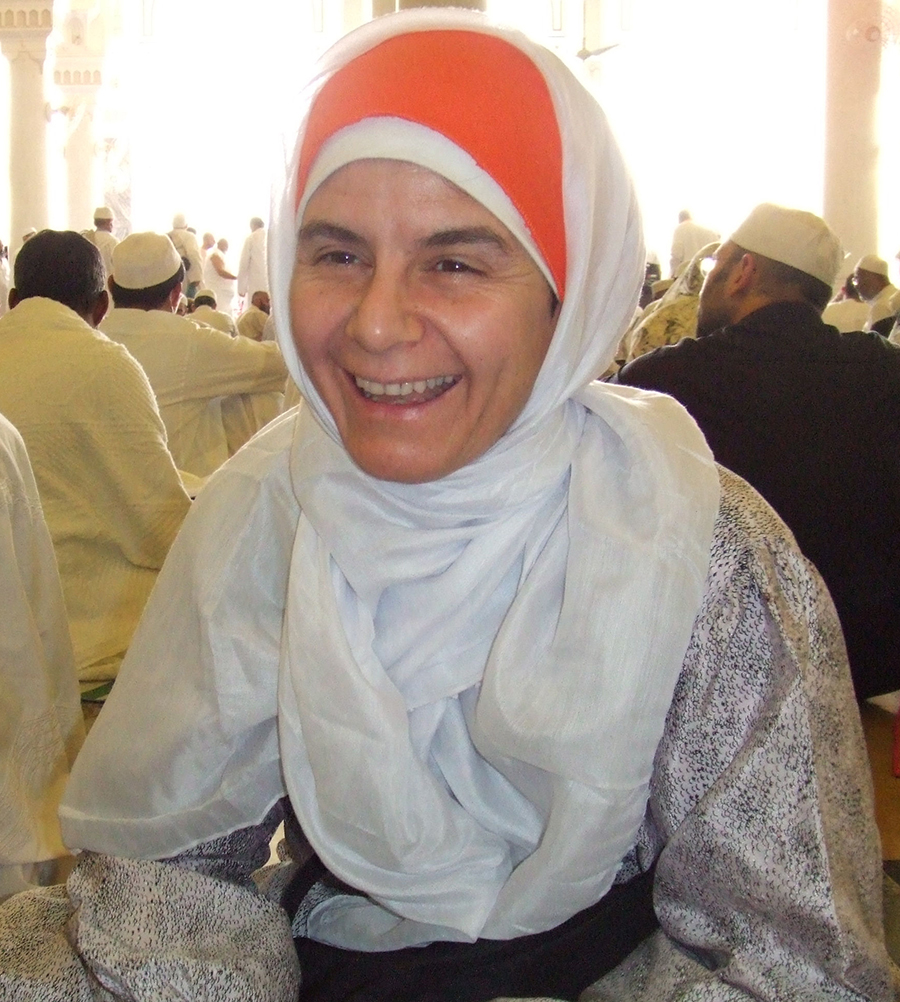 Narjis Pierre was born Heidi Brunner in Melbourne, Australia to a Swiss father and a British mother. When she was three,  the family relocated to Basel, Switzerland where Heidi grew up, went to school and received a diploma as a ‘pedagogue’ (LifeSkills4SpecialNeeds).

After being actively involved in the local and environmental political scene, and with a wave of Acid Rain sweeping down from the north, Heidi went on a journey to find ‘the greener place on earth’. Her travels took her from Lima, Peru northwards through South- and Central American countries, and finally into the south of the Unites States.

In the Blanco, Texas area in 1984 she arrived at ‘The American Institute of Qur’anic Studies’, a non-profit Trust foundation, headed by Shaykh Fadhlalla-Haeri. There she became Muslim taking on the name Narjis, and began learning about Islam and Sufism.

Narjis married, raised a small family, home-schooled three children, and eventually moved from the hill country to the city of San Antonio. Narjis began working as a private ‘End-of-Life’ caregiver, and has worked as such for the last 16 years.

In 1997, with others, she co-founded ‘San Antonio Muslim Women’s Association’, and participated from 1999 in the ‘Tri-Faith Dialogue of San Antonio’ – becoming more purposefully involved in teaching through dialogue. In 2000 she became a Board member at the peaceCENTER of San Antonio.  With the 9/11 attacks Narjis became a spokesperson to educate about Islam. In 2004 Narjis fulfilled her obligation of the Hajj, Pilgrimage. The peaceCENTER published her ‘Hajj Journal’.

Environmental Issues are very important to Narjis, but mostly she wants to educate about Islam; she will visit congregations and classes to answer your questions – also per e-mail – and help you understand the Muslim community better. She can help you connect to the various local cultural communities. Narjis believes in Dialogue as a way to Peace and is available to help facilitate dialogue groups.