In 1910 the Nordic Peace Congress in Stockholm decided that a peace monument should be raised on the border between Sweden and Norway to celebrate 100 year of peace between the countries. The building of the peace monument was finished in 1914. The design of the Peace Monument reflects a mutual foundation from where the two countries has grown alongside each other; on top are standing a Swede and an Norwegian are holding hands, even though the border separates them. Also on the grounds of the Morokulien is a peace bell, a gift from South Korea in 2014. There are two other “Fredsklokken,” one at Voksenåsen in Oslo, and the other in Hwacheon on the border between South-/ and North-Korea. 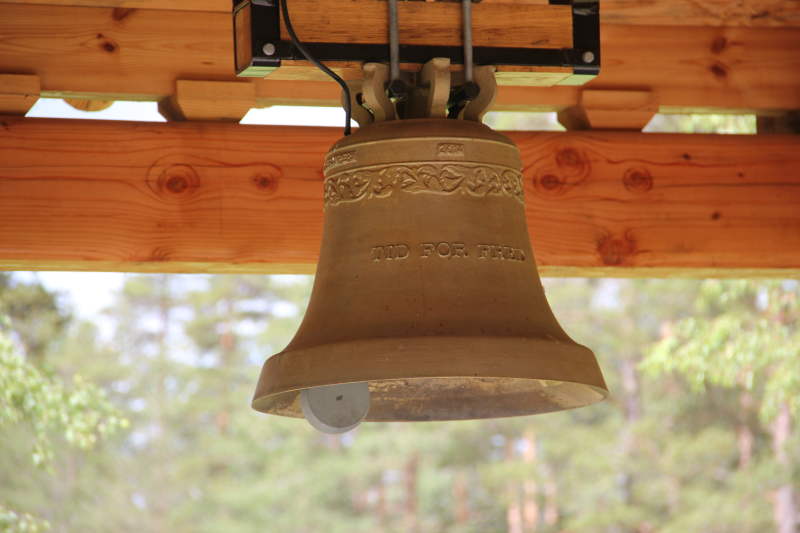